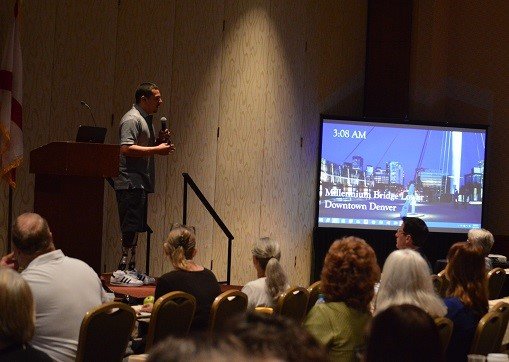 Founded in 2013 by Inspirational Speaker Lou Figueroa, Guard Your Drink has received national attention by chambers of commerce, business associations and non-profit organizations across the globe. Figueroa, a victim of a tampered drink himself, shares how he encountered a beverage that was laced with an unknown substance while out with a group of friends.  After experiencing a rapid onset of intoxication, Lou stumbled into the darkness of the night walking two miles before finally ending up in the union station rail yard in Denver Colorado.  It was approximately three in the morning when two conductors of the BNSF railway were approaching the station when they noticed what appeared to be something laying across the tracks.  As they drew closer, they realized that a victim had been struck by a previous coal train that had passed through about 15 minutes prior.  In a frantic effort to help Lou, they extracted his body from the tracks and rushed him to Denver General Health.  It was unknown as to what exactly happened from the time Lou encountered the drink, to the time that he was found in the railyard.  Hospital staff and police officers were baffled by the accident but were amazed that Lou had survived such a tragic event. One week later, Lou awoke from a coma to the sight that both legs had been amputated.

Lou realized that he had a greater purpose in life and wanted to share his experience to help other people understand the dangers of alcohol and party drugs.  He set out on a mission to educate people on covering their drinks and watching out for friends in social environments.  In 2014, Lou met a business executive who manufactured a very unique coaster that had the ability to detect the presence of GHB and Ketamine, the two most popular forms of club drugs.  Lou collaborated with the man to design a special coaster that reads "This Is NOT Your Drink".  The coasters can be used as both a talking piece with college bound students and a deterrent for would be drink spikers in clubs and social settings.  Lou's message is valuable for any concerned parent or business owner as the growing trend in bars and restaurants is to create a zero tolerance drinking zone for bar patrons. 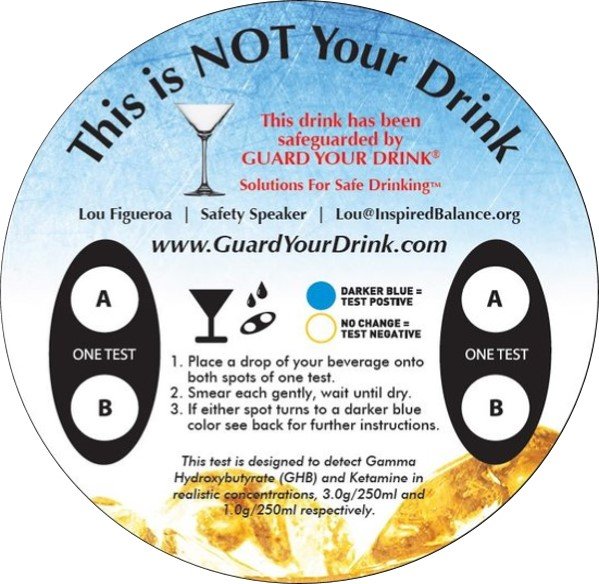